I'm fresh off the Current River, having paddled 14 miles yesterday. I suspect few Americans have heard of Missouri's Current River (Class I, II sporadically). I'm almost hesitant to brag about this river for fear this pristine beautiful river will become inundated with too many paddlers and lose its charm.
Do you see the color of the river in photo below? That color ribbons through the crystal clear river because ten springs feed into that river. Fortunately, I wore my wetsuit, as I suspect even mid-August the water temp is cold. 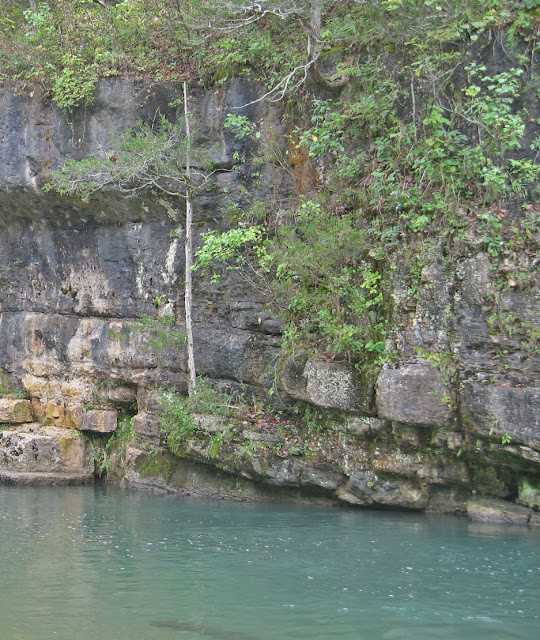 I could see everything in the water, all those pebbles, rocks and fish, some flopping out of the water. The clarity is amazing. Paul, the fly fisherman I met on the river, is but one of the dozen fly fishermen I saw on the river (three were women). I think ribbon trout is their fish of choice. 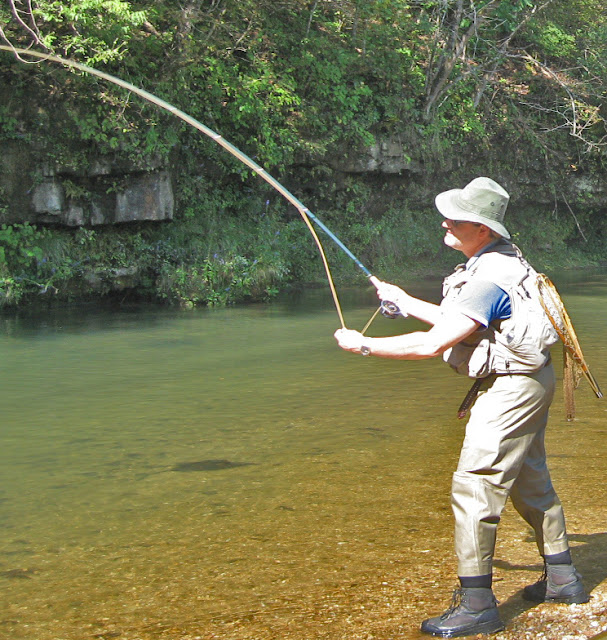 And when I looked up from the crystal clear waters, rock outcroppings everywhere. Sometimes on the left, sometimes on the right, some dripping water over ferns. 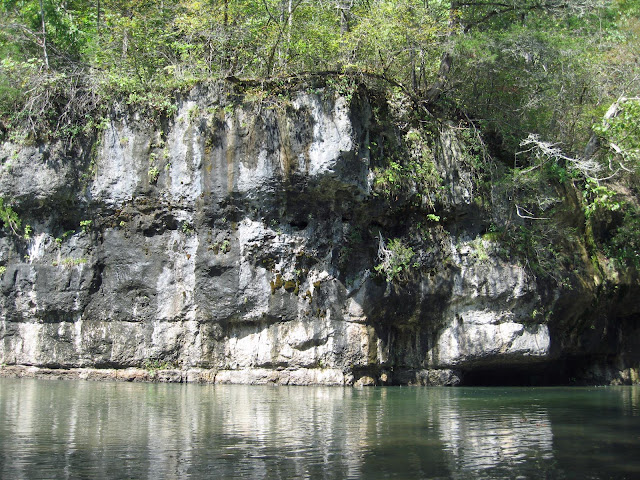 And steeply-sloped forests on both sides. I was never bored. In fact, the river twisted and turned frequently. Every 15 seconds throughout the 14 miles, I had to judge the deepest un-obstructed route (to avoid shallow shoals and shoreline fallen trees), choose the approach and line-up for it. 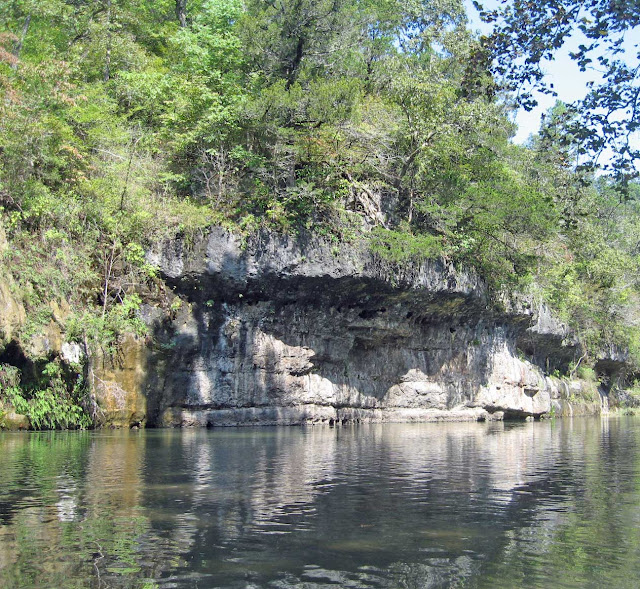 No nearby roads, no hum of traffic, no noise except three irritated Great Blue Herons that squawked at me. Occasionally, there was chatter of Kingfishers whose fishing spots I had probably disturbed. It was a lovely weekday paddling adventure in an isolated area of the Ozarks.  I suspect weekends are busier; I paddled on a Tuesday. 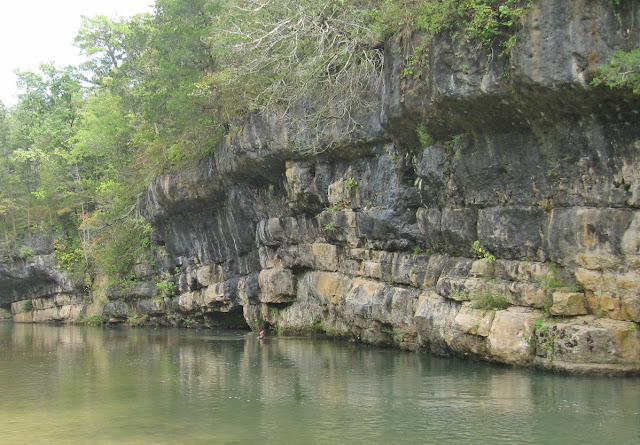 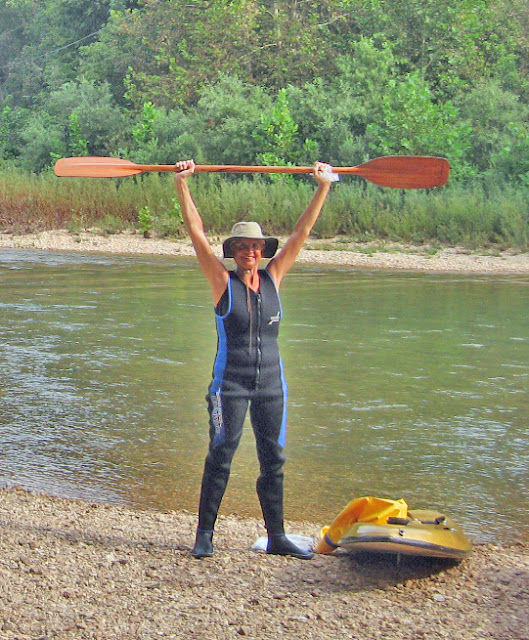 It was a splendid day paddling 14 miles of the Current River!

Terri Reed
I travel most of the year in my customized van I named La Lair (USA, Canada). So much to do, so many places to visit, and the clock is running. Everywhere is my backyard.